by Thomas Truax with Brian Viglione 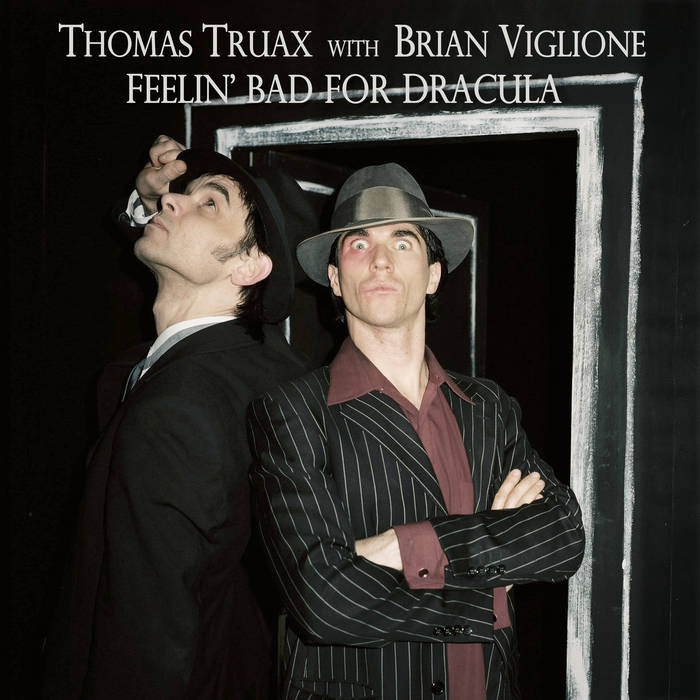 This single is a first taste of the results of fertile and inspired recording sessions in Germany between enigmatic troubadour/inventor Thomas Truax and Brian Viglione of The Dresden Dolls (and currently of the Violent Femmes).
Thomas, who usually performs solo with his invented instruments and mechanical 'bandmates', first supported the Dresden Dolls at an early album release show in Boston then on tour throughout Europe in 2006. Though he and Brian have remained friends since, this is the first project they recorded together.

I'm feelin' bad for you Dracula
Those Twilight kids ain't got your style, come on now
Mina, you know what I mean
And Lucy, so deliriously keen…