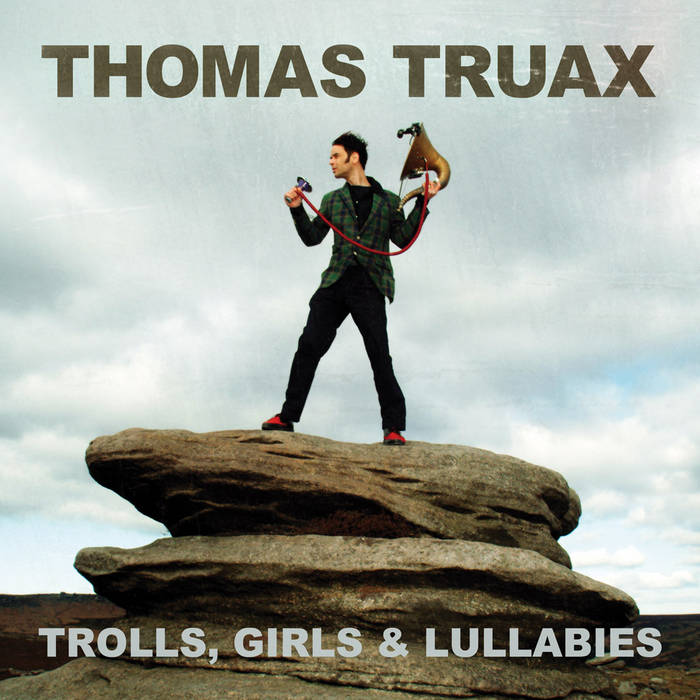 "Be it with the psychedelic romance of Crazy Me or the zany To Thyself Be Enough (Troll Song), a track that would easily work as a Disney film number, Truax continues to plunge his listener into an ocean of diverse sensations. At times he recalls a tender Lou Reed and at others the dark aggressive tones often heard from Nick Cave or Mark Lanegan. Trolls, Girls and Lullabies surely takes on a new form when acting as the backdrop to Ibsen’s play, but by no means is it incomplete without it. In fact, few albums of late have felt as assured and accomplished as this. The aural world of Thomas Truax is brimming with mesmeric and emotive qualities, and once you have left it, real life feels a tad colourless in comparison." ***** -Culture Fly


Peer Gynt was staged at the Theater Dortmund, Germany, during its 2013/14 season. This is a soundtrack album of studio recordings of the music that was performed live on stage.

I usually write songs based on reflections of my own personal experiences, dreams or stories, so this project was something of a departure. Here I had to get inside the head of a difficult protagonist, a megalomaniac bordering on schizophrenic. When director Kay Voges asked me what my interpretation of Peer was, I said his modern equivalent might be a deluded rock n' roll speed freak who uses people one night, throws them away the next morning and does it all again the next night somewhere else. He "can't get no satisfaction". Kay's eyes lit up: "Thomas! Can you do me a big, slow version of..." (With Kay Voges at the helm, I already knew this was going to be a far cry from the Peer Gynt that your Grandmother saw). But Peer is not without his charms. He's highly ambitious and richly imaginative, struggling as he spins his wheels in search of meaning and identity while trying to escape roots that bore and confuse him.

I also had to write from the perspective of the women who love Peer, and the real and imaginary figures that torment and challenge him. And from the vantage point of a kind of mysterious over looker, suspended from the rafters with my guitar, various electrical gear and inventions in an open front eight-foot-square metal container above what might best be described as a stage turned into a shallow lake of water.

Though the play is well over a hundred years old and draws partly on mysterious Norwegian folklore, it is as pertinent as ever in this instant-gratification seeking age of Facebook.

We experimented with many things and some of the pieces on this album didn't wind up in the final cut of our stripped down and fast-paced production, but I include several of them here because they were a joy to make and they sit well in this album context. One early concept was to base all the music on the back beat of a real recorded human heartbeat, and even to keep the heart beating throughout the entirety of the play. We tried this in rehearsals but it proved to be too unsettling. But 'Always Been A Dreamer' and 'Satisfaction' retain their heartbeats.

It was an honor and a privilege to be involved in such a special project, with such a talented cast and crew.

All music by Thomas Truax except '(I Can't Get No) Satisfaction' (Jagger/Richards) ABKCO; ‘Mütterlein’ (Nico)
'In the Hall of the Mountain King' was written by Edvard Grieg and 'Saxogramophone Morning' incorporates a melody by him. Female vocals on 'Crazy Me': Bettina Lieder, Julia Schubert, Friederike Tiefenbacher
Drums on 'In the Hall of the Mountain King': Brian Viglione All other instruments: Thomas Truax
Cover photo by Chris Saunders Inside photo by Mona Ulrich Design by Thomas with help from Philip Lethen
Mastered by Dirk Jambor at Truetrack Rec © & p Psycho Teddy Records, All Rights Reserved